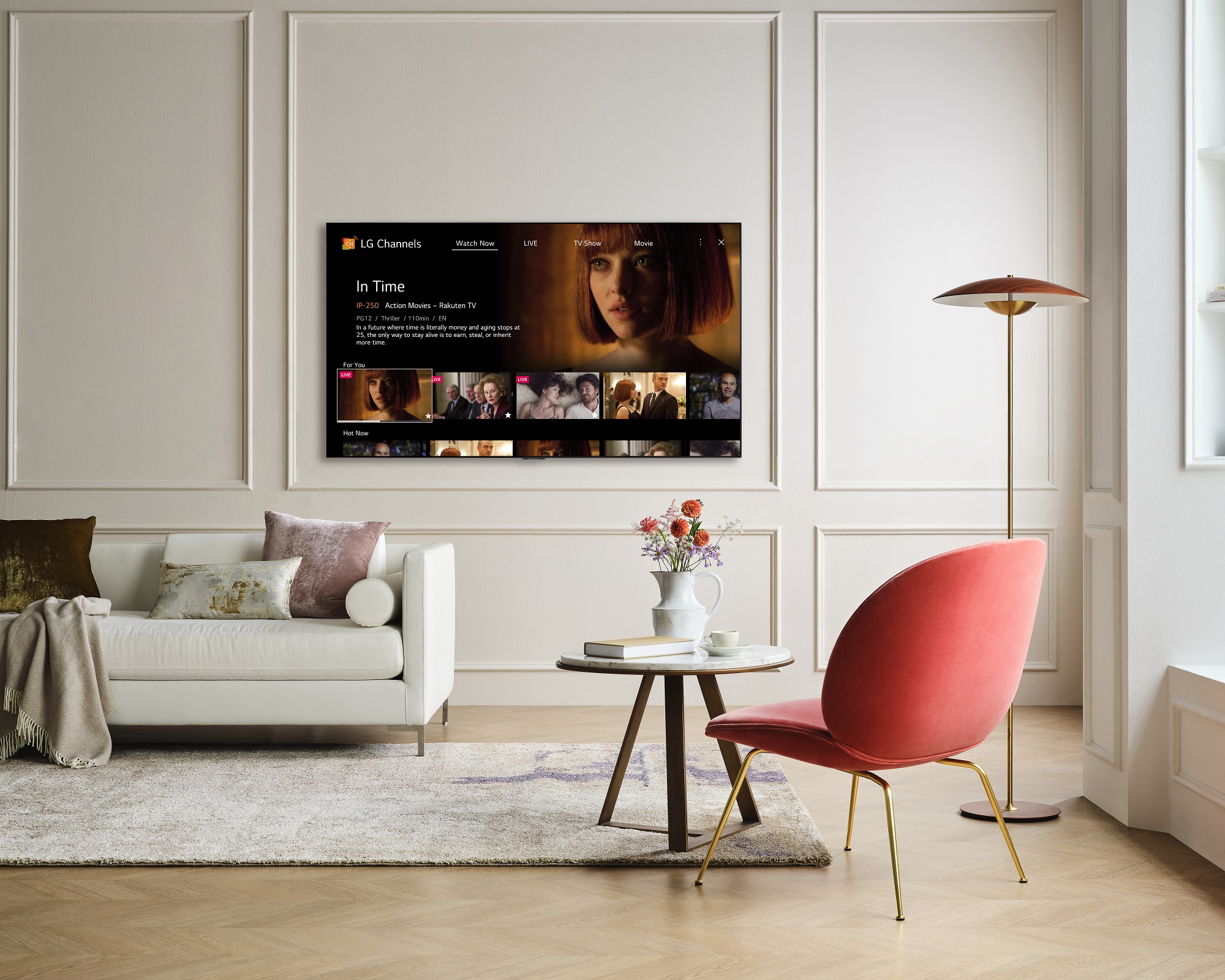 With viewership and viewing time of LG Channels doubling compared to last year, LG is expanding LG Channels’ global availability from 14 to 25 countries, tripling its European coverage by the end of the year. LG Channels will also be coming to more than 30 brands of smart TVs powered by LG’s own webOS TV platform, including Motorola, JVC, Polaroid and MASTER-G.

LG Channels' new UI is designed to help users navigate more intuitively and easily with an enhanced content recommendation function that analyzes viewing preferences to suggest the most relevant offerings from its broad library of free content. The new UI is available for LG smart TV models running webOS versions 5.0 and newer, with a version for webOS 3.0 through 4.5 coming soon. The LG Channels app for smartphones will launch later this year starting in North America, giving users another convenient way to enjoy the content.

With LG’s partnership with the South Korean digital media platform company, NEW ID, LG Channels has been adding fresh, compelling K-content to the LG Channels library since 2020. As part of its service expansion, LG is set to launch more channels and expand availability to more countries. The premium Korean movie channel, NEW K.MOVIES, launched in Europe and will soon be available in North America and Mexico where interest in Korean entertainment is at an all time high.

And LG will continue to expand its collaboration with leading global and local content providers to enrich the viewing experience on LG TVs, further diversifying its programming for new audiences with channels such as Rakuten Viki, OnDemandChina, BABY SHARK TV and Kids Pang TV. Rakuten TV, already featured on LG Channels in major European markets, offers the best selection of curated content from different categories including comedy, action, drama and Rakuten Stories. The Rakuten TV app can be quickly and conveniently accessed via a dedicated hot key on the latest LG Magic Remote.

Additionally, more than 100 Pluto TV channels will be coming to LG Channels later this year in select countries in Europe and Latin America. Pluto TV offers a curated selection of unique channels with local and international fare for all interests and ages, such as Pluto TV Action, Masterchef, Pluto TV Cinema, Pluto TV Telenovelas and Pluto TV Anime.

And thanks to LG’s distribution partnership with Amagi, renowned producer Quincy Jones’ global hub for music and culture Qwest TV will be launching on LG TVs in France, Germany, Spain, Italy, Brazil and Mexico by the end of 2021. As an added bonus local services such as Hollywire will be coming to Brazil and Mexico while Spanish viewers will be able to enjoy TV UP.

* Availability of channels to vary by region and country.